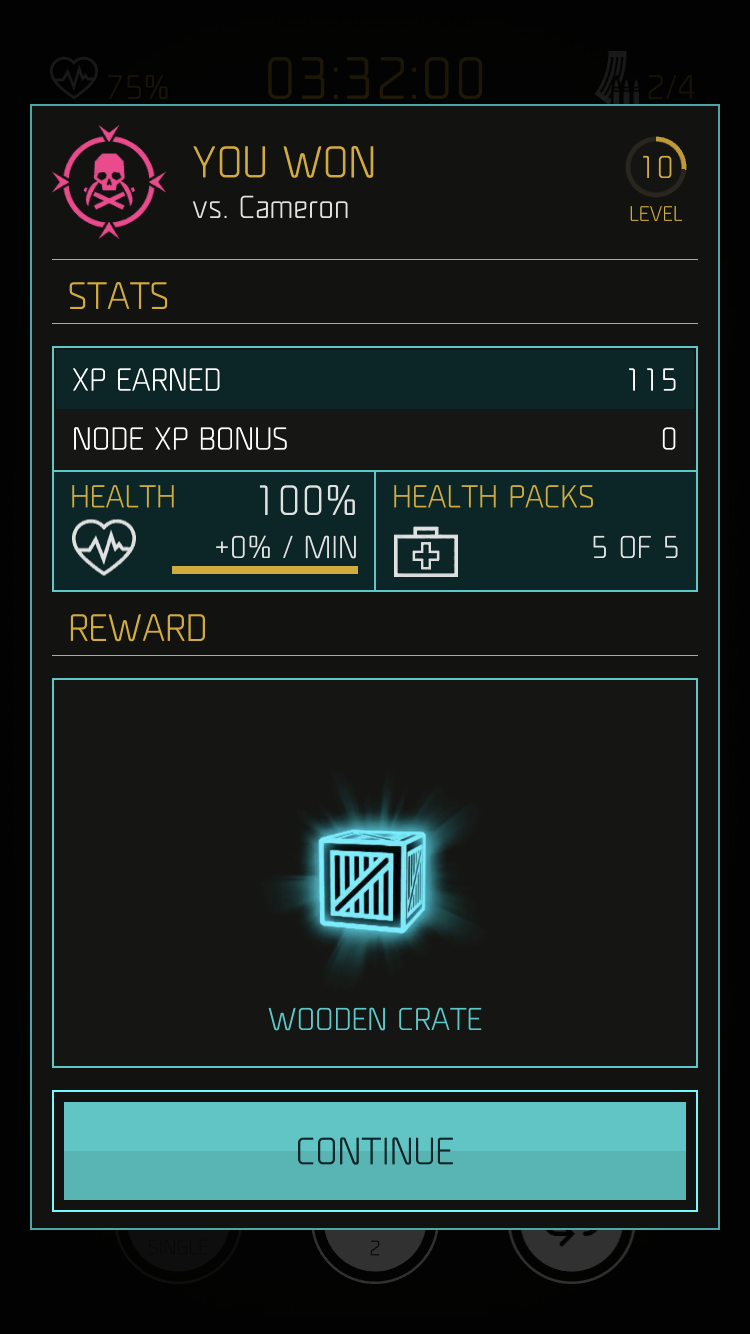 Welcome to another edition of the Reality Clash Developer Diary series…

Another month has flown by, with our dedicated team working hard making fixes and preparing new features for the Mobile Game and Trading Platform.

We recently hosted our first Reality Clash tournament at the ‘Games & Chains’ event in London. Not only was this a fantastic opportunity for us to showcase the game to fellow developers and gamers, but it also gave us a chance to test out some different tournament styles and figure out which maps are best for certain scenarios. The mobile game itself was really well received and we got some great feedback from participants – which will help us at our future events.

We learned a lot from the experience, realising that we will need a ticketing system for our next tournament, as we found many attendees just wanted to get into the game as quickly as possible regardless of whether it was an official tournament matchup or just a friendly game!

Marketing and our Snap campaign…

Last month also saw the launch of our first UK-focused Snap influencer campaign, with famous influencer/TV personalities producing content to encourage their followers to download Reality Clash. We decided to use an agency which helped us select from a pool of influencers and produced special content for the campaign. We were delighted with the results and hugely excited to introduce so many new users to the game!

Of course, it isn’t all RC tournaments, Snap campaigns and rainbows!

As usual, we continue to deal with any bugs that appear in the live game.
We know it is crucially important that we try and fix any issues as quickly as we can and we feel that we’re currently on track with this.

We recently identified an issue affecting ARCore software on some Android devices. The software was failing to initialise but without producing any error message, leaving some users to get stuck on loading screens when trying to enter AR combat. This particular issue has made us look over the current error messages and start work on improving this information for the user. There will be occasions where an opponent’s connection has failed, but the error message does not make it clear who is at fault and so it can be frustrating to receive a network error message when you have a good connection. To deal with this, we’ll be adding new error messaging in, with more specific information about the issue.

We are aware from player feedback that some of the maps in the live game could use improvement. Work is already underway on redesigning some of the maps, as well as introducing exciting new game modes such as “pistol only” scenarios and “sniper rifles only”.

Looking at the map design is important as we have free reign to increase or decrease the size of our maps as necessary. If we find that players aren’t using up the entire (or majority) of the space in a map, then we may need to reduce the size or replace certain virtual obstacles to improve gameplay. The next few months will be spent, in part, reviewing the current live game in its entirety and making improvements based on the feedback received over the previous months of play.

As always, if you have any feedback or just want to ask a question about the game, feel free to contact us directly at info@realityclash.com or via our social media channels.

Until next time, see you in The Sim!