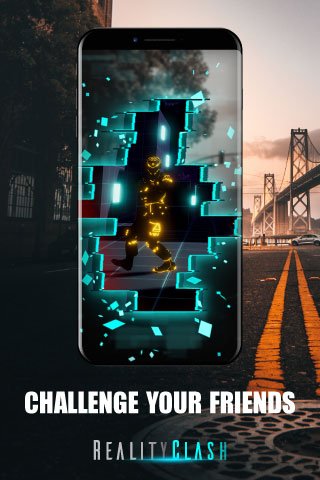 We’re back for a new edition of the Reality Clash Developer Diary series – and suffice to say a lot has happened since the last time we checked in with you.

The Reality Clash game is now live as a minimum viable product (MVP) globally, which is super exciting and it means we’ve been getting great feedback from both the Reality Clash community and our own in-game analytics.

As such, we’ve spent most of the summer optimising the gameplay and ironing out any teething issues, ensuring we can apply the necessary fixes quickly in our test build before pushing out an update to the live environment. Once again, community feedback has been vital here, in providing real-time bug reporting and additional feature requests.

But what’s been really interesting is seeing how the AR and location elements of Reality Clash are encouraging people to engage with other players and the environments around them.

For example, here are the top 10 real world locations in London in which players have been skirmishing with each other and mining for resources:

We’re still not completely sure why the World’s End pub is so high up the list (we’re working on it), but in broad terms the data has shown us that players are willing to cover a lot of ground in order to secure the advantage – one player, from North West London, trekked an astonishing 20 square kms in just two days in order to claim precious in-game territory.

This knowledge has given us confidence to explore more gameplay ideas – we can see from the data that players are routinely heading to the in-game ‘Safe Zones’ where they can regain health and can take a break from the battle. So now we’re in negotiations with large retailers and pub chains, which will become future Safe Zones in the map, potentially driving hundreds of gamers to a particular location.

Another interesting sub-set of players is the UK’s student population. Before the summer we activated a campaign to engage with Subtv’s audience of 1.2M 18-24 year-olds across TV, digital and mobile platforms, encompassing a network of 80+ sites/100+ venues in universities nationwide. By cross referencing the campaign and in-game data, we extrapolated that these are the top campuses for AR combat and resource mining:-

Away from the AR elements, we’ve also reorganised our ‘crypto collectibles’ Trading Platform. All the weapons on the platform have been retokenised to an ERC721 standard, meaning players can trade in-game items with each other on our platform or on third party platforms such as opensea.io, all secured on the Ethereum blockchain. The Trading Platform now has a dedicated website which can be found at https://realityclash.store. The tokenised items can be used in Reality Clash and will be made available for use in our future titles. We also hope to work alongside other projects in the space to enable our RC GUN items to operate within other games as well.

In addition, we’ve been working with influencers and content creators to try and bring Reality Clash to as many users as possible.

And we’re very interested in hearing what YOU would like to see us doing. Is there a specific feature you want to see in the game? Is there an event that you think we need to be at?

We’re now finalising our roadmap for the next 12 months – and we’ll be revealing some of the exciting features we have coming up in the next Developer Diary, so stay tuned for more!