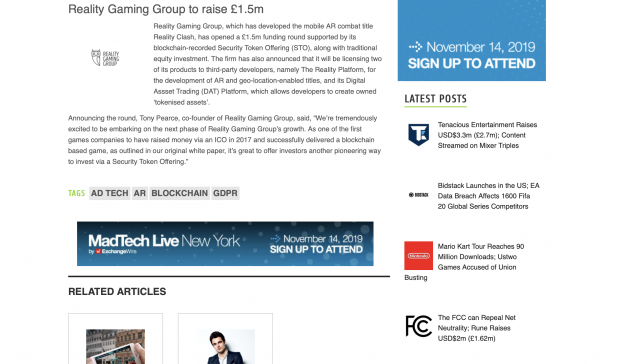 Reality Gaming Group, which has developed the mobile AR combat title Reality Clash, has opened a £1.5m funding round supported by its blockchain-recorded Security Token Offering (STO), along with traditional equity investment. The firm has also announced that it will be licensing two of its products to third-party 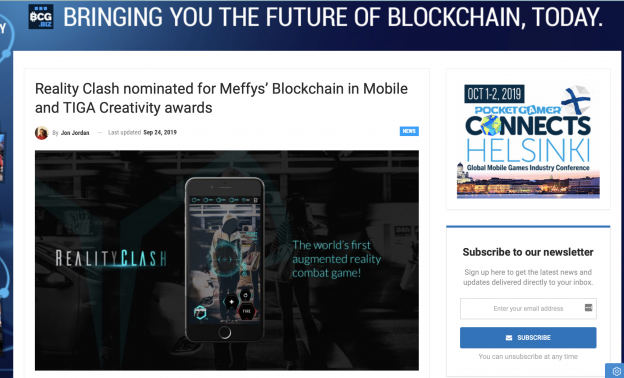 Gaining recognition in the non-blockchain world is difficult for blockchain projects, so Reality Gaming Group is feeling pretty happy with itself.

It’s been named a finalist in the Creativity category for UK game developers association TIGA for its mobile location-based AR shooter Reality Clash, which uses the Ethereum… 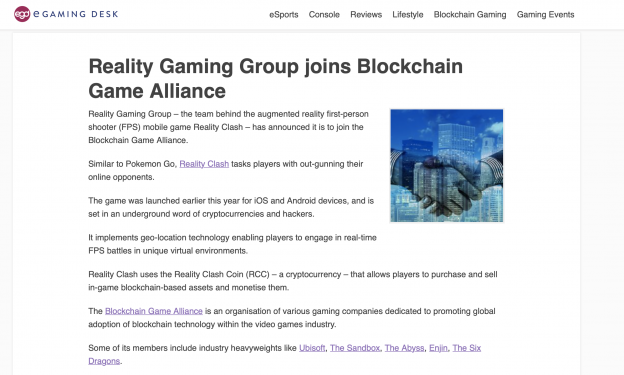 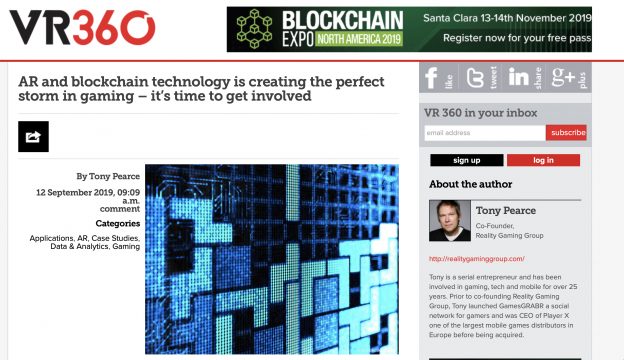 At Reality Gaming Group over the last two years we’ve been exploring how AR, VR, location-based services, cryptocurrency and the blockchain can converge within a single game – Reality Clash… 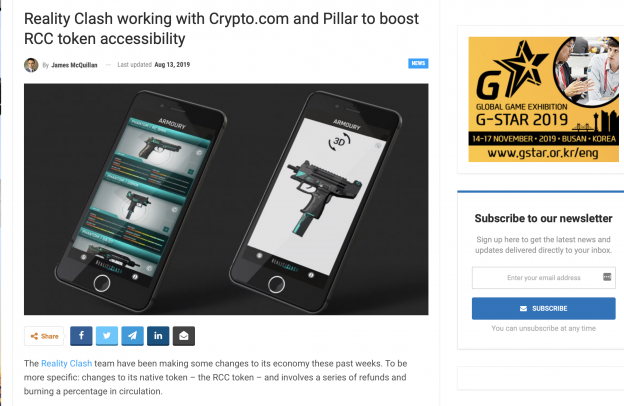 The Reality Clash team have been making some changes to its economy these past weeks. To be more specific: changes to its native token – the RCC token – and involves a series of refunds and burning a percentage in circulation… 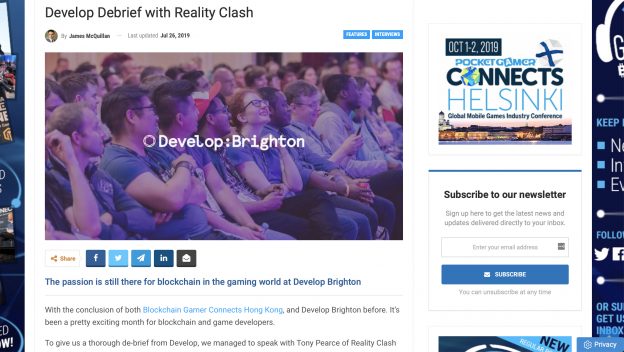 To give us a thorough de-brief from Develop, we managed to speak with Tony Pearce of Reality Clash fame. During the discussion, we dig into just what the climate is like for developers this year… 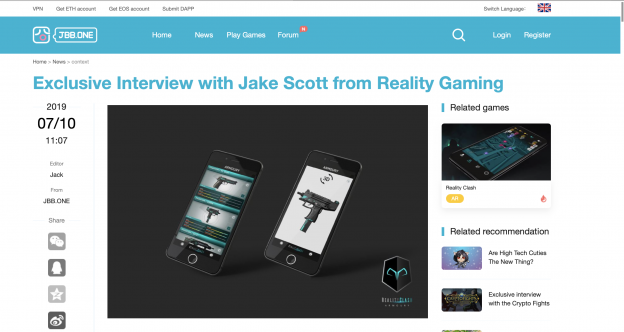 hank you for giving us the opportunity to talk about Reality Clash, we really appreciate your interest in the project.

As you may already be aware; Reality Clash is an augmented reality combat game for mobile. The game is currently available on iOS and Android devices… 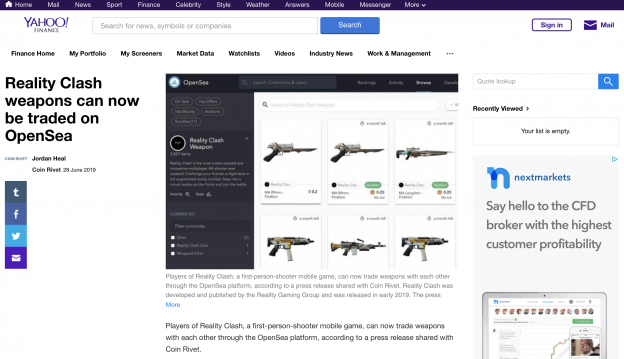 Reality Clash weapons can now be traded on OpenSea

Players of Reality Clash, a first-person-shooter mobile game, can now trade weapons with each other through the OpenSea platform, according to a press release shared with Coin Rivet… 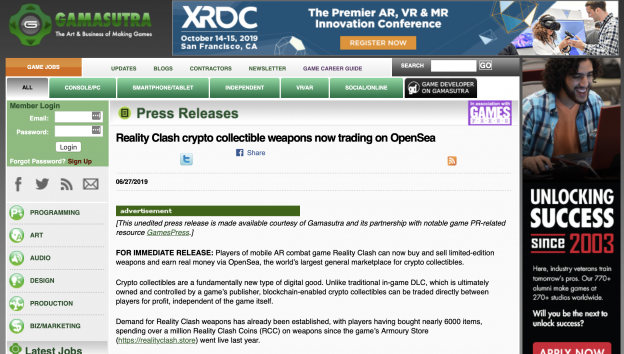 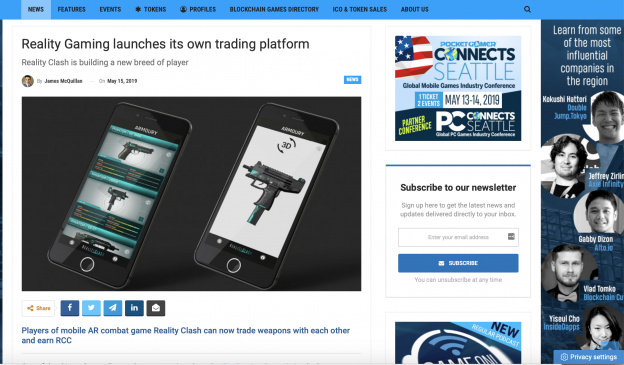 One of the things that really caught our attention about Reality Gaming Group is its dual economy. What we mean by this is that players of the AR mobile title – Reality Clash – have access to a mobile…